In 2017 I was deployed to the Middle East, and after a shift about half way through the deployment I came across a born and raised outdoors video on YouTube. Twenty minutes later, I was siting in my bunk with tears running down my face as a group of guys I didn’t know, were celebrating and crying over an animal I had never hunted. I knew right then, that come fall of 2018, I would be experiencing backcountry archery elk hunting for myself. In September of 2018, three buddies and I spent 12 days in the backcountry of Colorado, though we didn’t kill, I left that year with a new found drive from elk hunting. I was tired, I was sore, emotionally I was drained, and I was hooked. In 2019 Nathan and I returned to Colorado, and spent 10 more days in the backcountry. This time however we were met with temperatures near 100 degrees, and in the same areas we found elk in 2018, we found no elk or sign, and more people than expected. We left that year absolutely defeated, and had no encounters with elk in bow range. Another year went by, and as September of 2020 got closer, people began telling me, they had been watching my journey and that this year would be my year. I returned to Colorado for a third year, this time with a buddy of mine from the military, Belton Chandler. The plan was to hunt for a week, and then my buddies Ben, and Joseph (also from the military) were going to join us for a second week. We packed in for 5 days, and went to a spot I had encountered elk in 2018. I did some cold calling, and an hour into our hunt had two bull elk at fourteen yards, and 10 seconds later had my first bull dead at thirty. After three years of adventure, I had finally achieved my goal.

Buffalo Creek Outdoors is something that was started as a hobby of mine for filming hunts, and has now turned into a passion of mine for filming in a way that will inspire others. I live in North Carolina, and the name Buffalo Creek came from the name of the creek that flows through my Grandparents property where I grew up and learned to hunt. Full time I am a TSgt in the United States Air Force, and I am married to my best friend and high school sweetheart, Kayla. Almost as equally full time, I am a hunter, and videographer. I am blessed to have a wife, a job, and the health to pursue my passions in life, and this is where Buffalo Creek Outdoors has really been formed. My goal with Buffalo Creek is to take my passions for hunting and filming, and my love for God, my family, and my country, and bring them all together into one place where I can inspire and empower others like me to be better people, and to show other hunters that there are amazing hunting adventures to be had, at a price that is attainable to the blue collar worker, on public lands that are accessible to everyone. Our ideas of hunting are all different, for me it’s the adventure, it’s the grind, it’s the support of the others around you as you push yourself past your limits to achieve your goal. God has given us all gifts to use for the inspiration of others, it’s up to us to go and do it. Live your life to the fullest, and use your passions to bless others. This is Buffalo Creek Outdoors. 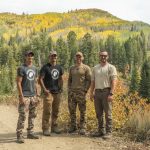 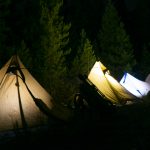 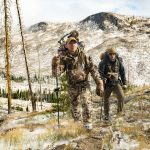