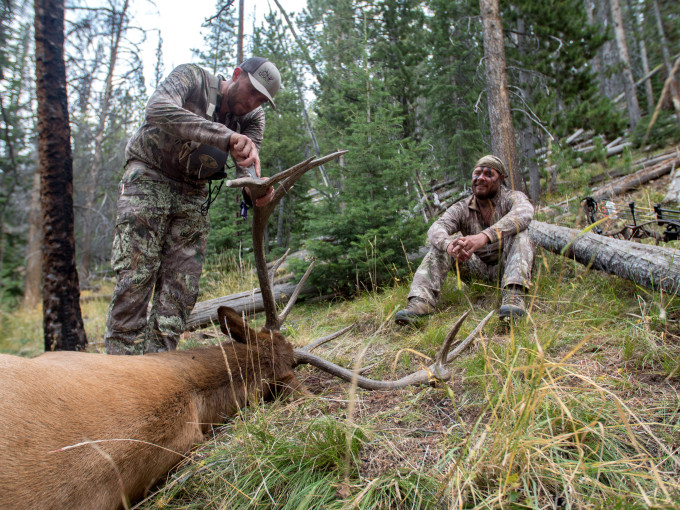 As my Grandpa once said, “Elk are exactly where you find ‘em!” This saying has always held a special place in my memory bank whether I’m chasing bugles in the thick jungle of Western Oregon or the high mountain peaks of Colorado.  In my experiences, Rocky Mountain Elk and Roosevelt are very similar in their habits and actions; the main difference is the habitat that they reside in.

For the first 15 years of my elk hunting career, I was waist deep wading through the brush of the Oregon Coast Range pursuing Roosevelt Elk with a bow in my hand. From those early encounters, I’ve been fortunate to expand my boot tracks the last few years in a wide variety of landscapes chasing bugles of Rocky Mountain Elk. The obvious difference between the two sub-species is the size of their bodies and antlers. While Rockies generally top the record book with tremendous scores, the Rosies fill up the freezer with prime steaks! Both of the species intrigue me to pursue each September.

The hardest challenge with harvesting a Roosevelt bull is their habitat that they call home. The thick reprod (Reforested Tree Plantation) can create a physical barrier from accessing their afternoon beds. While this can be a curse, it has also been a blessing on some hunts. The jungle like terrain can conceal movements, enabling a  up close and personal encounter without detection.

The key to my success over the years is locating tougher to access hunting grounds. Most these areas have been located on Private Timberlands. The restricted access programs often leave miles of gravel roads behind locked gates. During ‘Fire Season‘ these lands are generally closed to motor vehicle access, making it harder for people to access. (Click here for the Oregon Corporate Closure Access List) Mountain bike has been my choice of transportation. With custom trailers attached, I have essentially assembled my own pack horse. By pedaling into the vast vehicle restricted areas, I have found less hunting pressure, which I attribute to most of my success.

Much of their habitat is influenced by logging activity. The logging actually provides new habitat in which elk are often seen in the open clearcuts. These clearcuts are their feeding grounds. They will typically use the clearcuts in the evening, throughout the night and can be spotted leaving them at daylight. The big difference of their counterpart is they live within a small home range. Sometimes they will seek beds within eyesight of the feeding grounds. Movements are smaller and less distance is traveled on a daily basis.

Once they leave the clearcuts, concentrate on their bedding grounds. The thick timber patches or younger reprod is prime bedding habitat. If you are unable to locate them first off in the morning, shift your efforts to these areas as the day continues on.

Calling has been a myth amongst the ‘old-timers’. Many people said, “They don’t bugle!” My experiences are quite the contrary. A rutting Roosevelt may not be as vocal as a Rocky bull, but they are more territorial and aggressive! Locating a bugle is the hardest challenge. The mountains and trees don’t let the sound carry very far. Often time the hardest part is pinpointing where the bugle came from. Once located, I am very aggressive with calling and approach. Often I will run at the bull, simulating a threat from another bull. Typically with the wind in your favor, you can push the envelope and get within 60 yards or closer without being seen. Most of the time, the bull will counter your attack with a steadfast approach to the threat! Don’t be afraid to break branches on your charge. Simulate the natural sounds a rutting bull makes. Besides the vocalization, often I breathe through my bugle tube, emulating the sounds I’ve heard from approaching bulls. This in your face advance can be an adrenaline filled encounter. Be sure your final setup allows for a clear shot. Most often the shot will occur in close quarters under 20 yards.

The more popular Rocky Mountain Elk inhabit a much larger geographical region. They can be found as far West as the Cascade Mountains to the foothills of Pennsylvania and everywhere in between. My experiences chasing these critters have included Oregon, Idaho, Wyoming and Colorado. While the terrain has varied in these locations, their habits have remained relatively the same.

Similar to hunting Rosies, I search out hard to access terrain. Whether it is a USFS roadless area or wilderness, I try to find areas that require more work to hunt. My preference is backpack hunting. Typically I will load up for 5-7 days worth of food and gear and head off. I avoid busy trailheads with horseback hunters and search out ‘off the grid’ starting points. The worst is showing up and seeing lines of trucks and trailers of competition before I ever start hunting. Avoid these high traffic areas! Hunt were there may be less elk but most of all, less pressure.

Aside from the obvious difference of antler size, they hold fairly similar habits to their cousins of the West. The striking disparity between the two is the habitat they reside in. The landscape shapes their movement and nature. Typically, Rockies are found in more open terrain with natural vegetation.

Rockies often feed in open terrain like Rosies but these can be found in natural areas like meadows or old burns where fresh green vegetation is found. Once the sun is up, they typically start making their way to higher grounds in the timber where they spend the afternoon grabbing some ZZZ’s. They use the thermals to their advantage and move up with the descending morning breeze making an approach from above near impossible. These daily movements I’ve seen far as 15 miles round trip from their feeding to the bedding grounds.

This open terrain lends to a couple different hunting styles to be deployed. Spot and stalk or herd shadowing is very popular and successful for many different hunters. Though this is not my preferred style, it can be very rewarding while chasing pressured call-shy Rockies. The two hunters that have perfected this art are Dan Evans and Randy Ulmer. They will target a specific animal and follow his movements until he lets his guard down and makes a mistake. Patience and time behind the binos can lead to punching your tag.

While my preferred method of hunting Rockies is calling. I typically engage the same tactics I use for Roosevelts. The challenge of calling a large mature herd bull is rewarding! The biggest difference that I have found between the two sub-species is the vast difference of habitat. This difference makes the calling set-up different. The open terrain won’t cover your movements like the jungle counterpart. I will still be very aggressive in calling but the approach must be much more calculated and methodical. Use the terrain to conceal your movements and push as close as possible before pushing the bull’s buttons.

While I’ve enjoyed cutting my teeth hunting Roosevelts in the western slopes of Oregon. I believe the lessons I’ve learned hunting in the thick steep country has expanded my skillset and proved to be deadly while chasing their Rocky Mountain counterpart. I highly encourage you to take on a new challenge, whether you’ve never killed a Rocky or Rosie. Set a goal and go chase the unknown. I believe if you hunt in country that is unfamiliar or out of your comfort zone, in the end, you will increase your skill set and you can apply it to your next hunt. At the end of your hunt, whether you’ve been successful or not, reflect on the mistakes you’ve made and learn from them.
Remember that elk are exactly where you find them. Sometimes you have to forget that picture perfect meadow and roll up your sleeves and dive into the thick brush to chase that dream bull! 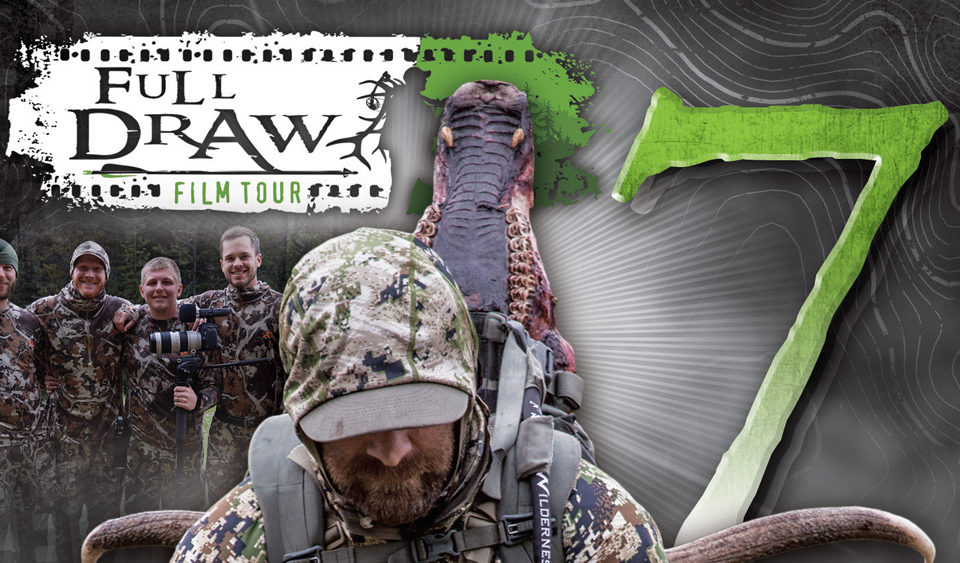